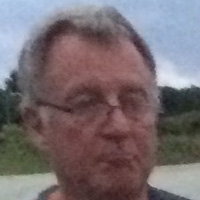 REQUIEM MASS FOR TONY GRIFFITHS TO TAKE PLACE ON SUNDAY

The body of Tony Griffiths was found by a coastguard helicopter

THE Requiem Mass for Tony Griffiths, whose body was recovered off the coast of Co Donegal this week will take place this Sunday, August 4.

The remains of the 59-year-old were found on rocks near Lagg Beach at around 2.00 pm on Thursday afternoon by an Irish coastguard helicopter.

The discovery followed a major land, air and sea search which was sparked his family reported him missing at 6 pm on Tuesday.

The father of four had been on a family camping trip to the Isle of Doagh area of Inishowen when he went missing.

His remains will be taken from his Cloncool Park home in Culmore on Sunday at 11.30am for 12.15pm Requiem Mass in St Mary’s Church, Creggan.

He will be laid to rest immediately afterwards in the City Cemetery.

Tony, who was making plans for his forthcoming 60th birthday, is survived by his wife Leonie, sons Thomas, Anthony, James and Leo, and daughter Sara.