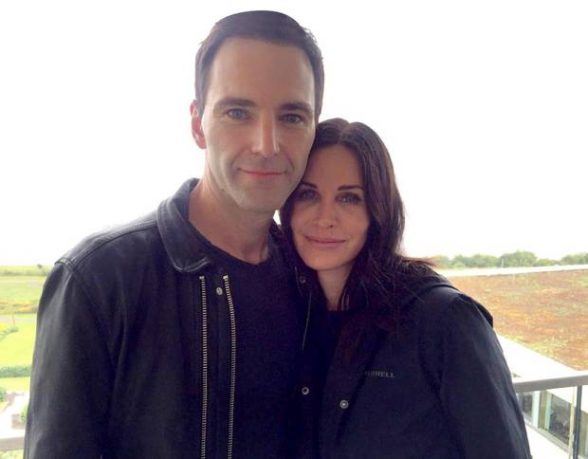 According to fans of the hit Channel 4 comedy, she seen was walking with fiance Johnny McDaid ahead of their forthcoming wedding.

Johnny was said to be back home in his native city showing off his bride-to-be to family and friends.

The couple were spotted at London’s Heathrow airport on Friday.

They were pictured all smiles with Courteney’s teenage daughter Coco pushing their luggage into the departure area.

Derry musician McDaid and actress Courteney Cox McDaid are said to be planning to “elope” before enjoying an Irish honeymoon, according to reports in America.

The Snow Patrol musician and the Friends actress will tie the knot in a LA registry office.

Sources in America recently said Courteney had found the wedding plans “so stressful” and the couple will be doing something low key instead.

The insider added that the pair have said to friends to keep October free for the ceremony.

Before splitting and reuniting again, there had been reports that the couple would wed in Ireland.

But now sources close to the pair say Ireland will be their holiday destination.