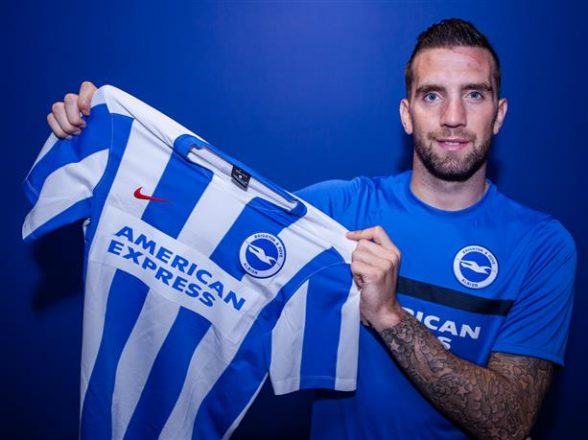 Brighton & Hove Albion have completed the signing of Derry’s Shane Duffy from Blackburn Rovers for a fee believed to have bee been around £3.4 million.

The 24-year-old Republic of Ireland defender, who has signed a four-year contract, joined his new teammates for training this morning and will be available for Saturday’s game at Newcastle United.

Albion boss Chris Hughton said: “I’m delighted that our perseverance has finally paid off and we’ve completed the signing of Shane; he’s an excellent addition for us.

“He has a lot of experience for his age, having played in the Premier League, Championship, Europa League and international football for Ireland.

“He’s a very good defender, and alongside our existing options he now gives me four quality, senior options for the two central defensive positions.”

Duffy began his career as a youngster with Everton, where he made ten senior appearances.

He made his Blues debut in the Europa League against AEK Athens in December 2009.

As a youngster at Goodison Park he had loan spells with Burnley, Scunthorpe United and Yeovil Town, clocking up 50 senior appearances, the majority in the Championship.

He played international football for Northern Ireland from under-16 to under-21 level; and in 2010 he opted to represent the Republic of Ireland, initially playing for the under-21s.

Called up to the senior squad in 2012, he eventually made his senior debut against Costa Rica in June 2014.

In September that year, he moved to Blackburn Rovers for an undisclosed fee. He made 69 appearances for the Ewood Park club, scoring seven goals, including two this season.

He was part of the Ireland squad at Euro 2016 during the summer, helping them to a famous 1-0 win over Italy and qualification for the last 16.