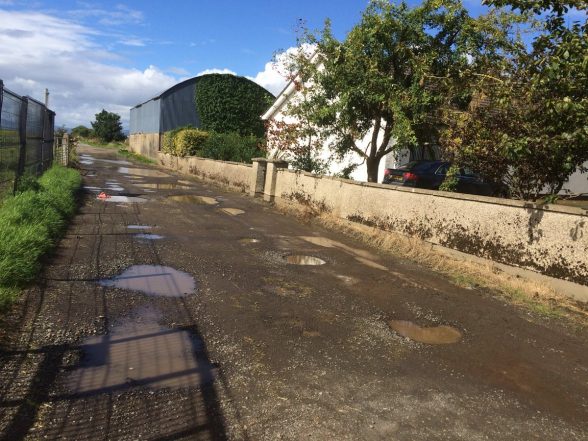 The scene of the motorbike crash which tragically claimed the life of a 13-year-old boy from Dublin. PIC TERESA CRAIG/TWITTER

THERE is sadness today following the news that a teenage boy has died following a motorbike crash in Co Derry.

The 13-year-old boy has been left seriously injured in Altnagelvin Hospital followiong the accident yesterday afternoon at a motorcross track in Magilligan,

The teenager was airlifted to Altnagelvin Hospital but later tragically died from his injuries.

It is understood the child is from Tallaght, Dublin.

SDLP MLA for east Derry Gerry Mullan said the local community has been left “stunned” at the tragic news.

“There’s an air of disbelief and shock after an accident which resulted in the death of a young 13-year-old lad from Dublin.

“I would like to offer my deepest condolences to the family at this very tragic time,” he said.

A statement by Causeway Coast and Glens Borough Council said: “Officers from the Council attended the scene immediately and investigations into the circumstances of the accident are ongoing.”