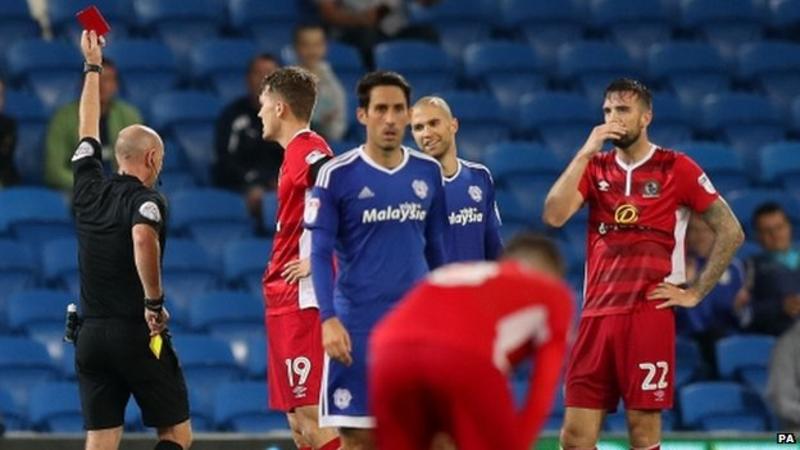 DERRY’S Shane Duffy endured a night he will want to forget in his side’s 2-1 defeat at Cardiff.

The Blackburn Rovers defender scored two own goals and was sent off in injury time as Rovers lost their third straight game of the season.

“I have never seen anything like it. You don’t envisage something like that,” said Blackburn boss Coyle.

Cardiff manager Paul Trollope added: “I have not seen that before, it was an eventful day for him. I don’t think I have ever seen a game like that.”

Declan John’s 14th-minute shot hit a post and went in off Duffy, before the Republic of Ireland defender headed home Peter Whittingham’s free-kick.

It was the 24-year-old’s third own goal of the season, having also put through his own net in Saturday’s 3-0 defeat by Wigan.

Duffy’s miserable night was rounded off when he was sent-off after receiving a second yellow card for kicking a ball at an opponent.