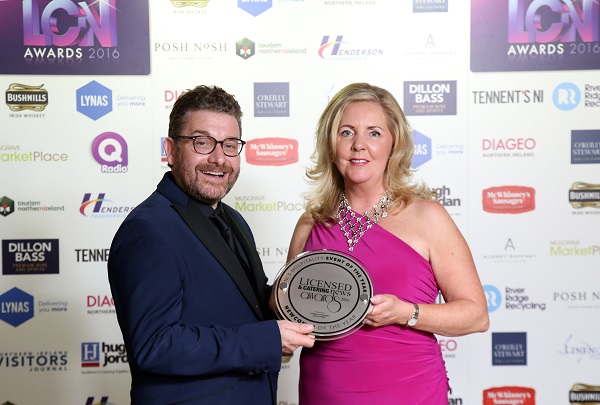 Ald. McClintock said the award, presented at a gala ceremony, was another great accolade for the city’s restaurant sector to celebrate during Northern Ireland Year of Food and Drink 2016.

Venues in Co Derry were also on the winners list. 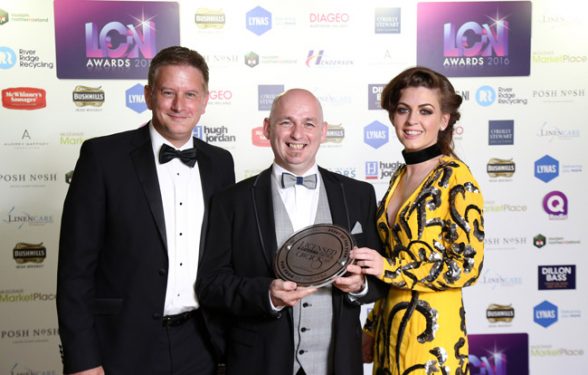 The Market Yard in Limavady won the Pub Food of the Year title. Pictured from left are David Jordan from sponsor, Henderson Foodservice and Anthony Doherty and Ilisha Thompson from The Market Yard.

The Market Yard in Limavady won the Pub Food of the Year title.

And Secrets Nightclub in Magherafelt won Nightclub  of the Year. 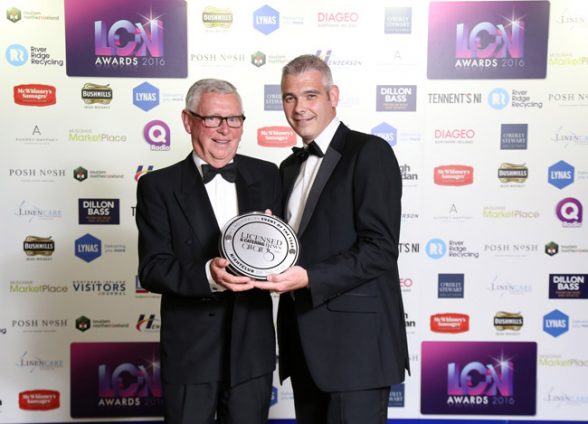 Secrets Nightclub in Magherafelt has been named Nightclub of the Year for the second consecutive year. Pictured here is category sponsor, Jim O’Neill (left) of Botl Wine and Spirits with Thomas Doherty from Secrets.