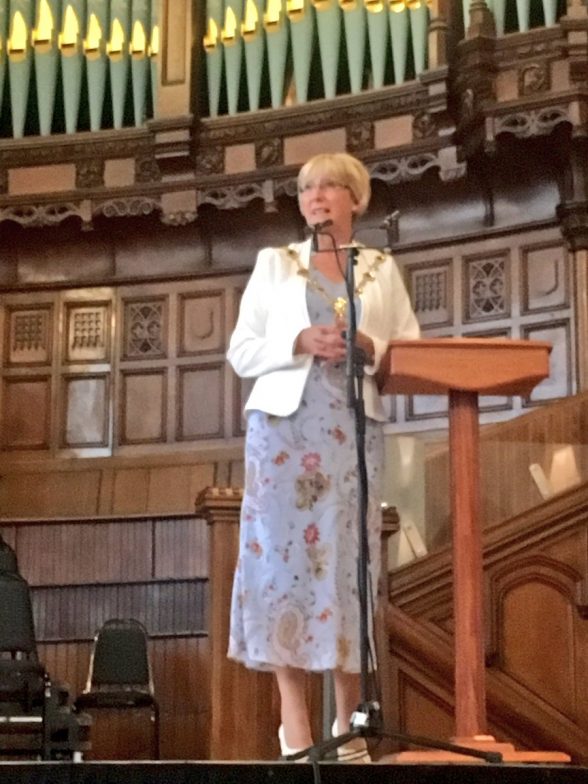 Mayor McClintock said she highlighted a number of issues during her conversation with the Secretary of State including the implications for the city and district and the wider North West region following the recent Brexit vote.

And the ongoing problems facing Derry as the second city , and how it is being overlooked when it comes to investment and funding.

She commented: “I spoke to him in depth about the issues facing our city and region and the urgent need for Central Government investment in road infrastructure and investment and growth at Magee University.

“We spoke about the recent success of our Foyle Maritime Festival when we hosted the Clipper Race and the importance of promoting the region as a tourist destination and a location for hosting major international events.

“I also took the opportunity to highlight a number of ongoing capital projects we are involved in, including the proposed Maritime Museum for Ebrington Square, by highlighting the need for the final tranche of funding.

“I was very pleased to get to speak with Mr Brokenshire and was very impressed with his knowledge of the city and district and his positivity towards the region.

“I hope to meet with him at a future date to discuss these issues in more detail,” she added.