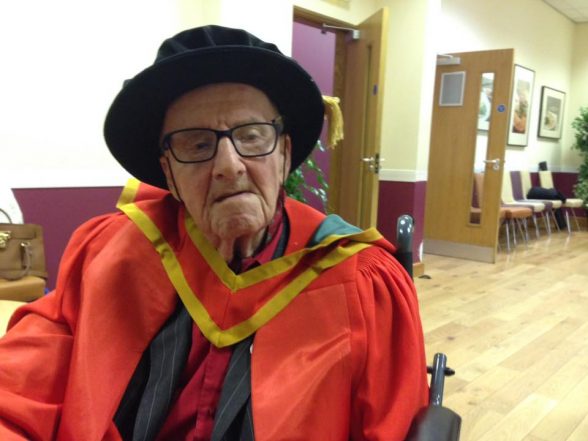 Mr Cooper received his honorary Doctor in Law for his “services to the community” at from the UU’s Magee campus today.

It was in recognition of the 72-year-old’s distinguished services to peace and reconciliation in the North of Ireland.

The graduation ceremony was held in the Millennium Forum.

Mr Nesbitt said Ivan had been an “inspiration”.