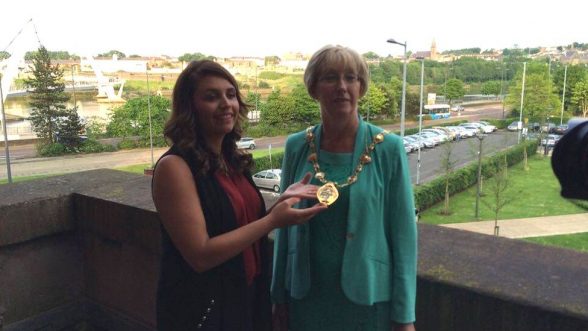 THE new Mayor of Derry and Strabane District Council has been installed.

Cllr McClintock will be assisted in her official duties by SDLP councillor Jim McKeever.

We wish them both well for their next year representing the council both home and abroad.