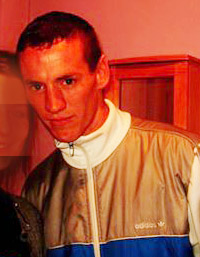 Tragic Gerard Quinn will be laid to rest this weekend

REQUIEM Mass will be held this weekend for Gerard Quinn, the much loved father of one who was stabbed to death a week ago in Derry.

His remains arrived home yesterday evening following the conclusion of a post mortem examination at a mortuary in Belfast.

Hundreds of people are expected to his funeral Mass at St Mary’s Church in Ardmore tomorrow, Sunday, May 28, at 2 pm.

Mr Quinn died in the Waterside area from injuries to his neck sustained during an incident last Saturday night.

His twin brother Michael was also wounded in the incident, but was later released from hospital.

Earlier this week, a court heard that much loved Gerard was ‘stabbed in the throat’  as a youth accused of his murdered was today remanded in custody.

The boy, who cannot be named because of his aged, faced before Derry Magistrates Court on Tuesday morning for a first remand hearing.

The court heard popular Gerard Quinn, a loving father of a young daughter, died from a stab wound to the throat from a “broken piece of glass”.

Derry has been plunged into mourning as a result of Gerard’s brutal murder with family and friends left shocked, numbed and traumatised.

The teenager was formally charged in court with the murder of the 24-year-old Gerard attempted grievous bodily harm with intent of his twin brother, Michael.

A detective constable from the PSNI’s Major Investigating Team tasked with probing the murder, said that Gerard Quinn was at a house that the defendant was in when a “melee” started.

This, the court heart, involved twin brothers Gerard and Michael Quinn, the defendant and another 16-year-old boy.

A police officer told the court that police received a report of a stabbing at Tullymore Road at around 10.26 pm on Saturday night.

When a mobile police unit arrived at the scene,  Gerard was found lying on the ground. He was not breathing and he had been stabbed in the throat.

The detective said Mr Quinn had lost a lot of blood and members of the public were administering first aid and trying to stem the flow of blood from his throat injury.

An ambulance soon arrived and after tending to Gerard at the scene, whisked to hospital where a trauma team was waiting to conduct emergency treatment.

His twin brother, Michael, was also injured, but his injuries were not life threatening.

The court heard  that shortly after midnight on Saturday, the 16-year-old school boy attended Strand Road Police Station on a voluntary basis.

Detectives formally arrested him on suspicion of the attempted murder of Mr Quinn.

But after Mr Quinn was pronounced dead at 4.20 am at Altnagelvin Hospital despite the valiant efforts of doctors and nursing staff to save his life, the youth was then rearrested on suspicion of murdering Mr Quinn.

He was also arrested for the attempted grievous bodily harm with intent on his twin brother Michael.

During the course of police interviews, the youth admitted striking two men at Milldale Crescent, but claimed he was “acting in self defence”.

A pathologist’s report into the Mr Quinn’s murder said death had been caused by a stab wound to the neck with broken glass, causing ‘bleeding that the victim could not have stopped’.

The district judge said the murder of Mr Quinn was a “tragedy for all involved” and extended his condolences to the Quinn family.

The court heard the youth’s family asked that their condolences be extended to the Quinn family.

No bail application was made on behalf of the youth but the court heard his legal team may apply for bail at a later date.

The defendant’s case is listed for hearing again on Tuesday, June 7 in Derry’s youth court. 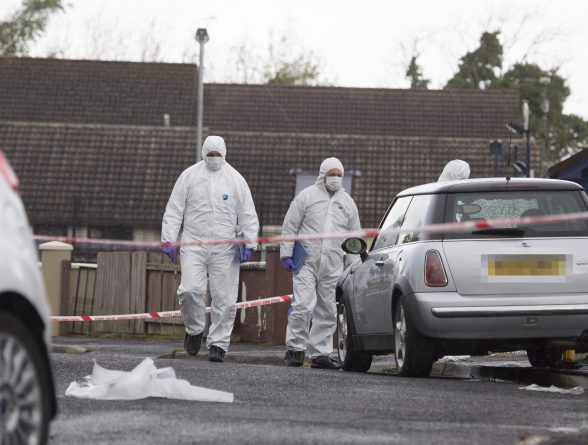