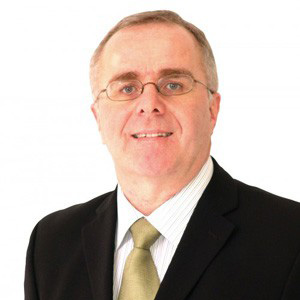 SINN Féin have called on DUP MP Gregory Campbell to withdraw a social media post in which he said Raymond McCartney was “more successful at electioneering that he was at hunger striking”.

Mr Campbell made the comments on his Facebook page and he has since even defended them in a further post.

Mr McCartney was elected as an MLA to Foyle on Saturday.

He is a former republican prisoner who took part in a hunger strike in 1980.

Mr Campbell wrote on Facebook that he was “breaking the habit of a lifetime to send best wishes to Raymond McCartney”.

“Because he’s a bit more successful at electioneering than he was at hunger striking,” he added.

Pat Sheehan, who was also a hunger striker, said the East Derry MP should “withdraw his remarks immediately”.

“I think in this era they should be withdrawn.

“We’re talking, ourselves and the DUP, about going into discuss a programme of government and having mutual respect, mutual trust and mutual understanding within that.

“But Gregory Campbell is a fool, and he’s away to Westminster to retire.

“And I wish him well staying over there out of the road.”

He said that Mr Campbell was a “loose cannon in the DUP” and he “doesn’t represent” the vast majority in the party.

The Alliance Party’s Naomi Long said the comments were “childish and pathetic”.

“I genuinely think that it is time that Gregory stops trying to be funny because it falls flat on every occasion,” she said.

“Frankly, somebody should take over his social media account and I would give the same advice to a lot of other politicians, including Gerry Adams over the last while.

“Somebody needs to manage their accounts because when they go on these outbursts they do politics no service.”