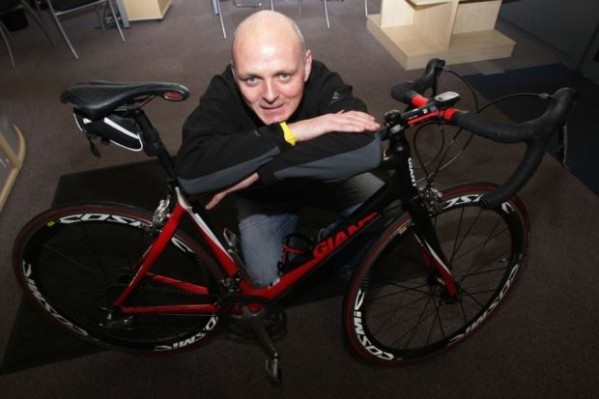 The sportive will remember the well-known Derry cyclist who died last year following a collision in Inishowen, Co Donegal and also his support for the under threat Foyle Hospice.

Mr Gill added that the Club hoped the sportive would become an annual event and encouraged club members and non-club members alike to participate.

He said: “Adrian’s untimely death last October left a huge void in the lives of many people.

“But we hope his memory will live on for his tireless fund raising efforts, particularly for the Foyle Hospice.

“All who knew Adrian will know of his trips to the Grand Canyon, from Mizen Head to Malin Head, London to Paris and even the first Inishowen 100.

“Foyle Cycling Club plan to host this annual fundraising sportive each spring around his beloved Inishowen peninsula, which will go some way to continuing his charitable legacy.”

Those wishing to take part can sign on this Saturday at the Sports Complex, Buncrana Road, Derry at 8.45 am for 9 am departure.

Riders will take in a 50mile route (80kms) that passes through Buncrana, Carndonagh and Redcastle, before hugging Lough Foyle and finishing in the Foyle Hospice on Culmore Road, Derry, where light refreshments will be served.

As a mark of request, there will be a stop en route near Cnoc an Uininn where Adrian tragically lost his life in October 2015.

The £10 sign-on fee for each participant will be donated to the Foyle Hospice.