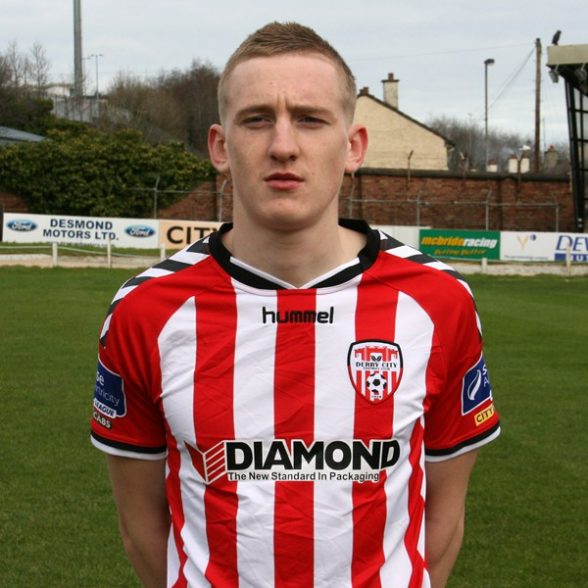 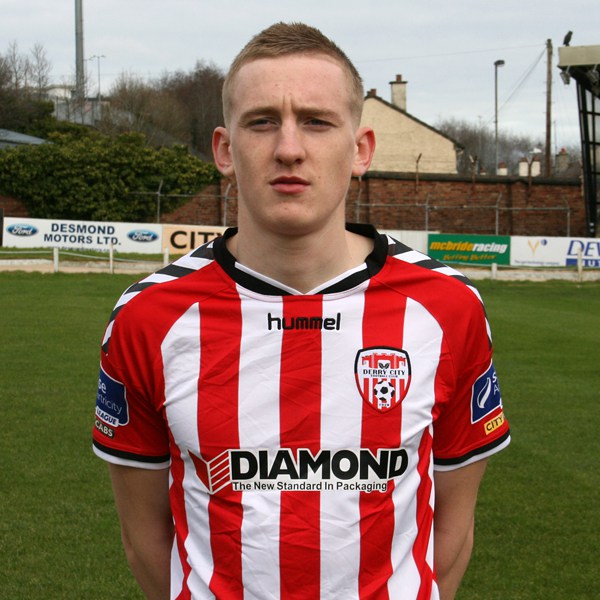 AFTER the disappointment of losing to Finn Harps last, Derry City put the shock defeat behind them and got back to winning ways.

They deservedly picked up their first win of the SSE Airtricity Premier League campaign seeing off Cork City at the Brandywell on Friday night.

The shine was somewhat taken off the 1-0 win a mob of Derry City fans surrounded around 30 Cork City fans outside the ground and were viciously attacked.

Ronan Curtis’ second-half strike was enough for the Candy Stripes to secure the points and bounce back from their opening day derby defeat to Harps at Finn Park in Donegal.

The Rebel Army’s terrible night was summed up when Greg Bolger was sent off 10 minutes from time.

Neither side created much in the opening quarter but it was the home side who had the first half chance in bizarre fashion.

Mark McNulty had to handle Alan Bennett’s back-pass on 19 minutes inside his six yard box, referee Derek Tomney awarded Derry an in-direct free-kick, but fortunately for the goalkeeper Rory Patterson’s resulting free-kick was charged down.

On 39 minutes Derry lost possession inside their own half but Sean Maguire’s delightful right-wing cross flew inches in front of Eoghan O’Connell.

Just before before the interval Barry McNamee had a glorious chance to give his side the lead but he blasted wide after Ronan Curtis had created the clear cut opportunity.

Derry broke the deadlock on 60 minutes when the impressive Curtis did well to play a quick one-two with McNamee and with his weaker left foot he fired the ball across McNulty into the keeper’s bottom left-hand corner.

Bolger was dismissed on 81 minutes after his poor challenge on Curtis resulted in referee Tomney producing the red card.