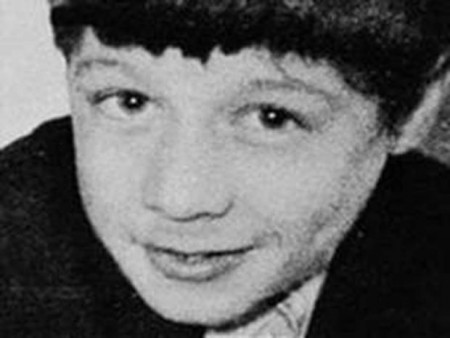 THE Public Prosecution Service has revealed it will not be prosecuting a soldier who shot and killed a teenager in Derry in 1972.

Daniel Hegarty, 15, was killed after he was shot during Operation Motorman in July 1972 – an attempt by the British Army to regain control of republican ‘no go’ areas in Derry and Belfast.

He was shot twice in the head by a member of an army patrol – ‘Soldier B’ – on duty close to his home in Creggan.

His 16-year-old cousin Christopher was also shot by the same soldier but survived.

After the shooting, soldiers claimed that the teenagers may have been armed or carrying a bomb.

Decisions not to prosecute were previously taken in 1973 and again in 2008.

An inquest in the 1970s returned an open verdict.

However, the case was re-examined by the Historical Enquiries Team (HET) and they found the RUC’s 1972 investigation had been “hopelessly inadequate and dreadful”.

That prompted the Attorney General to order a new inquest.

The file was subsequently referred back to the Director of Public Prosecutions by the coroner to consider if Soldier B should be prosecuted after the inquest found that Daniel Hegarty posed no threat.

On Tuesday the PPS confirmed it would not be pursuing a prosecution.

Assistant Director of Central Casework Michael Agnew said following careful consideration of all the available evidence and information, including the inquest’s findings, that there is no reasonable prospect of a conviction and the test for prosecution is not met.

Two experts were not able to state that the ballistics evidence is inconsistent with the account provided by Soldier B of the circumstances in which he fired, he explained.

“Our assessment remains that there is no reasonable prospect of proving to the criminal standard that Soldier B did not act in self-defence having formed a mistaken but honest belief that he was under imminent attack,” he said in a statement.

Mr Agnew added: “It is clear that in this tragic case there was no objective justification for the shots fired by Soldier B that morning.

“Neither Daniel nor his cousins posed any threat to Soldier B or his colleagues.

“However, in a criminal trial the court will be required to assess the conduct of Soldier B in the context of the circumstances as he believed, or may have believed, them to be.”

Mr Agnew confirmed that arrangements had been made to keep the family informed of progress in relation to the case and the Director of Public Prosecutions, Barra McGrory QC, has met with them to explain the outcome of the review.

He added: “I understand how disappointing this decision will be for the families involved, particularly in light of the findings returned by the inquest jury.

“We have sought to provide them with detailed reasons for our decision and to assure them that the decision was taken only after a most careful consideration of all of the available evidence.”

BRITISH SOLDIER WILL NOT BE CHARGED OVER KILLING OF TEENAGER IN DERRY was last modified: March 8th, 2016 by John

John
Tags:
BRITISH SOLDIER WILL NOT BE CHARGED OVER KILLING OF TEENAGER IN DERRYDANIEL HEGARTY
ShareTweet