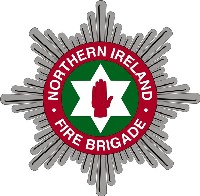 The accident happened yesterday afternoon near The Elk Inn restaurant and nightclub on the Hillhead Road in Toomebridge, Magherafelt.

“Firefighters employed manual handling techniques to release a 40-year-old woman, a 22-year-old man and a 10-year-old girl,” said a spokesman.

“All casualties were conveyed to hospital by ambulance.

“Fire crews from Magherafelt and Maghera stations attended the incident.”