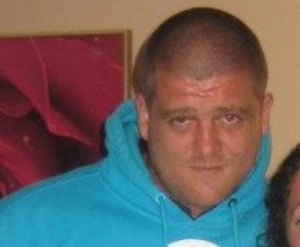 A SADISTIC killer who is serving an 18-year jail term for murdering two people in an horrific drug fuelled attack has won an appeal against his conviction for a separate aggravated burglary.

Shaun Patrick Joseph Hegarty successfully challenged his conviction for assaulting a man during a 2013 burglary in Derry.

His conviction was quashed due to concerns over identification procedure.

The time he spent on remand will now count towards his 18-year term for murdering Caron Smyth and Finbar McGrillen in Belfast in December 2013.

The pair were beaten to death at an apartment in Ravenhill Court.

The two thugs took turns to attack and beat the defenceless pair, stopping occasionally to shoot themselves up with drugs before mercilessly assaulting them as they lay on the floor.

Hegarty, 35, is a former boyfriend of Ms Smyth and is originally from Strabane.

He pleaded guilty to the double murder last year, along with his co-accused Ciaran Nugent,the son of former IRA H Block blanket man Kieran Nugent, and both men were jailed without remission.

While in prison, Hegarty mounted an appeal against his conviction for the Derry aggravated burglary.

During that incident, he was accused of pressing a chef’s knife against a 61-year-old man’s throat and stomach at a flat at Glendara Gardens.

Hegarty’s lawyers argued the conviction was based on identification evidence and although the injured party picked him out, the other two witnesses failed to do so.

They told that court that a victim impact report showed the 61-year-old man may have obtained photographs of the defendant.

They argued that this was a possible contamination of the identification process, as it was not certain if this happened before or after the victim pointed their client out to police.

On that basis a panel of three judges in Belfast decided to allow the appeal and quash the aggravated burglary conviction.

The outcome means a further period Hegarty spent in custody on remand can count towards the minimum 18-year sentence imposed for the two murders.