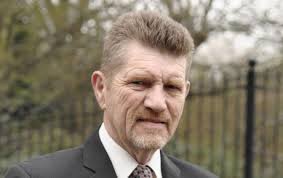 AN Ulster Unionist politician on Derry and Strabane District Council is to appear in court later this month for for drink driving offence.

Now Derek Hussey is facing the strong possibility of a jail sentence as it is just over one year after he got his licence back for a similar offence.

It is the third time Derek Hussey has been arrested by police for drink driving offences.

Mr Hussey, who is only one of two UUP members on the new ‘super council’,  was warned four years ago by a judge that if he got behind the wheel of his car again with drink on him “a jail sentence could be on the cards”.

Derry Daily revealed in three months ago that the 66-year-old former UUP MLA was arrested at his Garvetagh Road home near Castlederg after a two-vehicle collision near the town on Wednesday, September 16.

Police say they received a report about a collision at Drumquin Road just before 2pm on Wednesday and later arrested a man in his mid 60s “on suspicion of excess alcohol”.

He is the brother of current UUP Policing Board member Ross Hussey MLA, a former RUC man.

When contacted, Derek Hussey said: “I have not been charged with anything”.

A spokesman for the PSNI said: “Just after 1.50pm on Wednesday 16 September, police received a report of a two vehicle RTC (Road Traffic Collision) on the Drumquin Road, Castlederg.

“A man, aged in his 60s, was arrested a while later in the Garvetagh Road area on suspicion of excess alcohol. He was later released on police bail pending further enquiries.”

The PSNI said: “A man has been charged with driving offences alleged to have occurred at Drumquin Road, Castlederg, on September 16.

“He is expected to appear in court later this month.”

In 2011, Cllr Hussey was banned from driving for three years after being convicted of drink driving for a second time.

He faced Strabane Magistrates Court at the time and admitted driving while twice the legal limit.

Police found him beside a crashed Nissan Qashqai at Orchard Road in Strabane on 26 November last year.

Officers who were called to the single vehicle accident detected a smell of drink from the defendant and he admitted that he had been drinking whiskey in a nearby hotel earlier in the evening.

A subsequent breath test revealed a reading of 76mg in his breath, 41mg above the limit.

Hussey’s solicitor, Michael Neeson, told the court the road had been frosty on the night and that this may have contributed to the vehicle ending up in a ditch.

He added however that the decision to drive was “foolish in the extreme”.