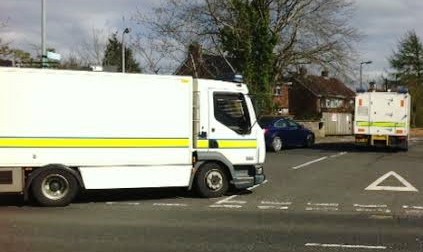 THE PSNI has have closed off a stretch of road in Limavady.

It follows the discovery of a suspicious object on Point Road in Magilligan.

The object was found by a jogger near to a local sewage plant shortly before 2.30 pm today.

Army Technical Officers are now at the scene examining the object.

The Department of Justice says that the alert is not interfering with the operational running of the nearby Magilligan prison.