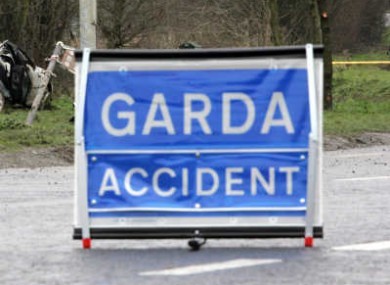 Locals believe dense fog may have contributed to an accident which claimed the life of a Derry cyclist and left his friend in hospital yesterday.

The 42 year old man died instantly when he was struck by a van on the Inishowen peninsula  at around 9.15am.

The accident happen in a remote scenic area at Moneydarragh on the Redcastle to Gleneely Road.

The victim’s friend was rushed to Letterkenny General Hospital but his injuries are not thought to be life-threatening.

The man who died in the horrific early morning smash has been named locally as Adrian Mullin who was from Amelia Court in Derry. He was due to celebrate his 43rd birthday in a few weeks’ time.

The stunning Inishowen Peninsula is popular with walkers and cyclists from both Donegal and Derry because of its stunning scenery and tranquility.

Locals in the area revealed how the area was covered in a thick fog yesterday morning – a factor they say could have contributed to the tragedy.

“You could hardly see your hand in front of your face here this morning. This is a quit country road and that man wouldn’t have stood a chance in that fog. It’s very sad,” said one local mother.

Local Garda Superintendent David Kelly appealed for anyone who may have been in the area to contact Gardai.

“We would appeal to anyone who was in this area either before of after the crash to contact the Gardai in Buncrana on 074 9320540 with any information they may have,” he said.

The driver of the van was treated for shock but was not physically injured.

The road was closed yesterday to allow for an examination by Garda Forensic Collision Investigators.