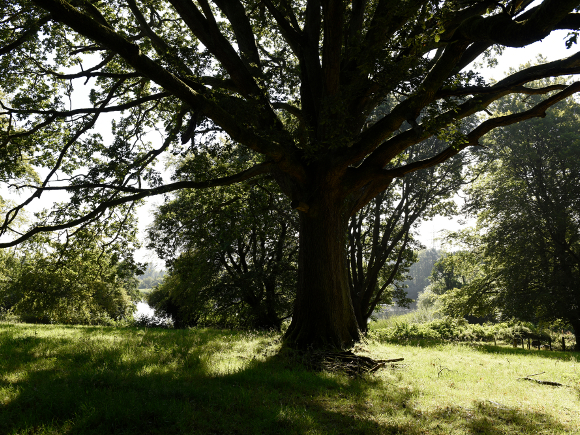 A DERRY tree is the running to win the North’s Best Tree competition run by the Woodland Trust.

The Tree of Witness is rooted on the lawn outside Enagh House, overlooking Enagh Lough, is a most magnificent oak tree, with a mass of branches spreading out symmetrically.

The trunk is relatively modest in girth compared with the immense area of the canopy. This tree is alive with wildlife, with precious red squirrels often spotted.

It has seen centuries come and go, and is much older than the house itself, built in the nineteenth century.

Enagh Lough is stepped in history, with monks and friars of the seventh and eighth century at home on its shores.

It’s thought that the monastic site was later converted into a parish church; and today the ruins of a church within an ancient graveyard remain, close to Enagh House and this splendid oak.

So to help Derry win the competition, vote for the Tree of Witness at www.woodlandtrust.org