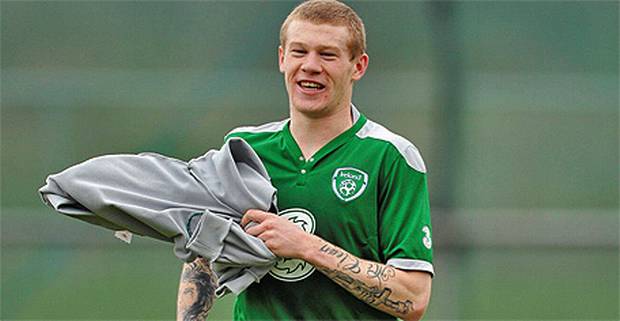 James McClean…helping out the local GAA

And he’s cheered up his former city gaelic football team – by agreeing to get them a new kit for their senior players.

“James is a credit to the Creggan area and is a real friend of Sean Dolans GAC! Hopefully, when we get the rig James will present it to the Senior team. It makes our task of rebuilding the club a hell of a lot easier when we have the likes of James to support us.”

A club spokesman said: “The club would like to thank former Sean Dolans player and West Brom and Ireland winger James McClean for offering to sponsor a new team kit for the senior team. Fair play James for not forgetting your roots and thanks very much.”

Sean Dolans have worked tirelessly to promote our national sports in the city.