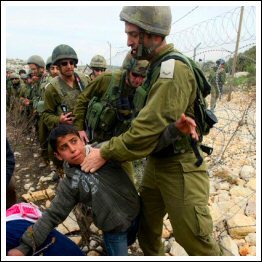 ANGER AT PLANS FOR IRISH DANCING FÉIS IN ISRAEL

An Open Appeal to Seamus & Aine O’Se, Anthony Davis, An Coimisiún le Rincí Gaelacha and all Irish Dancers at home in Ireland and worldwide.

The Palestinian activist community based in Ireland has recently learned of your intentions to hold the ‘First Israeli Feis’ in Tel Aviv on 15th August 2015.

To say that we, and all other right thinking people, are deeply troubled by this decision is an understatement.

In 1948, the state of Israel was established by methodically dispossessing and ethnically cleansing more than 750,000 native Palestinian people in order to create an exclusivist Jewish state.

To this day, Israel has denied Palestinian refugees, currently exceeding more than 7 million people, their internationally recognized right to return to their homes.

This apartheid state maintains over 50 racist laws that discriminate against its “non-Jewish” citizens including over 60,000 African migrants who have crossed into the country seeking shelter as refugees, often fleeing persecution in their home countries. Instead of offering them protection, Israel regards the African migrants as a threat to the “character of the Jewish identity of the state”. Under its racist laws African asylum seekers can and are being imprisoned for up to a year. Even Jews of Ethiopian origin were attacked forcibly this year in Israel when protesting against widespread Israeli discrimination, based on their colour.

We could go on and list thousands of examples of Israel’s crimes against humanity.

We could tell you all about the siege of Gaza where since 2007, Israel has blockaded a section of Palestine, turning the Gaza Strip into an open air concentration camp, restricting one million Palestinians not only in their movement, but preventing trade and export to and from Gaza and blocking by land, sea and air, foodstuffs, medicines and educational supplies.

We could tell you how Israel has over 500 checkpoints and barriers across occupied Palestine and how, according to the Palestinian Ministry of Health, 10% of pregnant Palestinian women were forced to endure labour or childbirth at a checkpoint between 2000 and 2007, resulting in the death of at least 35 babies and five women during the seven-year period

We could tell you that Israel is the only country in the world that automatically prosecutes children in military courts that lack basic and fundamental fair trial guarantees. Since 2000, at least 8,000 Palestinian children have been arrested and prosecuted in an Israeli military detention system notorious for the systematic ill-treatment and torture of Palestinian children. The majority of Palestinian child detainees are charged with throwing stones, an act which will soon carry a 20 year sentence and three out of four experience physical violence during arrest, transfer or interrogation. No Israeli child comes into contact with the military court system.

We could tell you how in the summer of 2014, Israel went on a month long killing spree that left over 2000 defenceless people dead including four little boys who were murdered as they played beach soccer and how Israel recently investigated itself and found itself ‘not guilty’ of this crime.

We could tell you more. But will you listen? Or will you go ahead with your performance in Israel, the moral equivalent to performing in South Africa during the apartheid era.

Will you be the voice for the Palestinian people who have asked the world to boycott Israel in an effort to bring pressure upon this rotten, apartheid, criminal state?

Please don’t stand on the wrong side of history.