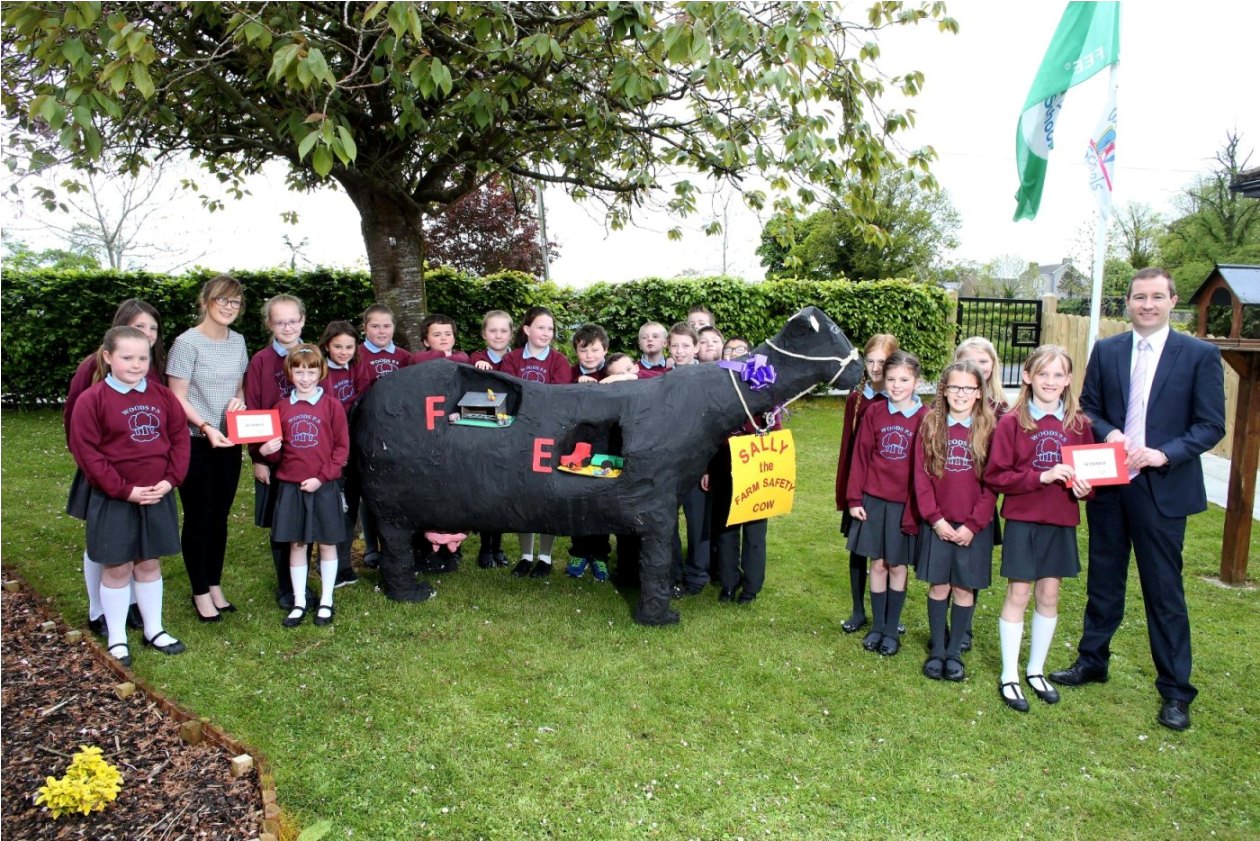 PUPILS from a Co Derry school were among five talented school classes from across the North who have won their categories in Musgrave NI’s (MNI) and Ulster Farmers’ Union’s (UFU) art competition.

The winning school classes impressed judges with their art creations, which stood out among the high standard of entries, as they highlighted a strong understanding of the two farming themes – ‘Seasons of Farming’ and ‘Farm Safety’ as well as great imagination in their presentation.

Since the competition launched in December, classes have been busy designing their farming themed creations, with the winning projects including Sally the Farm Safety Cow – a life size papier-mâché cow, story boards and 3D models explaining the Seasons of Farming.

MNI’s Managing Director, Michael McCormack said: “Congratulations to all of the children who took the time and effort to create some fantastic pieces of art. The standard in this year’s competition was very high but the winning entries really shone through with their creativeness as well as their understanding of the farming and agri-food industry.

“It has been great to be able to partner with the Ulster Farmers’ Union in this worthwhile initiative to highlight the importance of the agri-food industry in Northern Ireland to the younger generation and we look forward to next year’s competition,” he added.

“The feedback has been great and we are delighted to see how worthwhile it has been for the children by incorporating it into their curriculum. We feel this has really helped in our aim to make children understand how farming and agriculture matters to everyone in Northern Ireland,” he added.

Winners and Runners-Up include: