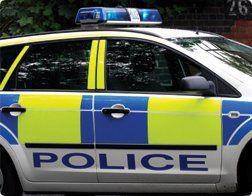 written by stephen May 1, 2015
ShareTweet

Within the Derry City and Strabane District,  the level of interaction a person may have with Police can vary significantly, depending on the type of job you do, if you’re involved with voluntary organisations, if you’ve been a victim of crime or if you’ve been involved in criminal behaviour.

To help increase understanding and awareness of the various demands and challenges the Police Service of Northern Ireland (PSNI) is faced with and how resources are prioritised to threat, harm and risk, a list of key local facts has been created.

Superintendent Mark McEwan,  District Commander, explains why it is important that local people are aware of the types of incidents that police deal with and respond to.

“Over the last 12 years, reported crime has fallen by 26%.  However, calls for service have remained consistent, with approximately 500,000 per year across Northern Ireland.

“Like other public sector organisations the PSNI is delivering its service with a decreasing budget and decreasing headcount.

“In order to protect the most vulnerable in our society, we have to prioritise our resource to the greatest, threat risk and harm.

“Victims are vulnerable, and our work doesn’t stop after attending an incident.  The PSNI participate in 1,641 multi-agency risk assessment conferences, relating to domestic abuse every year.”

Superintendent McEwan continues: “But, that is only one area where demand exists.  Many of the issues that the police have to address such as; counter terrorism, mental health, child sexual exploitation and missing persons involve multiple partners and there are no easy, agreed solutions.

“New crime types, such as cyber and financial crime, are also emerging and changing all the time.

“In order to respond to these demands, across the PSNI we are reviewing all processes and structures to explore new ways of working in collaboration with other statutory agencies, voluntary organisations, educational establishments and commercial bodies.”

One example of where a collaborative approach to priority offenders is delivering real results which keep people safe is the Reducing Offending in Partnership (ROP) model.

“The ROP model has over 58 stakeholders, both statutory and non-statutory.  Collaborative working though models such as Reducing Offending in Partnership delivers financial advantages.

“Current estimates indicate that the programme has saved wider society over £3 million.  Going forward, we will be exploring ways in which we can work together with other agencies and groups to ensure we can keep people safe.”