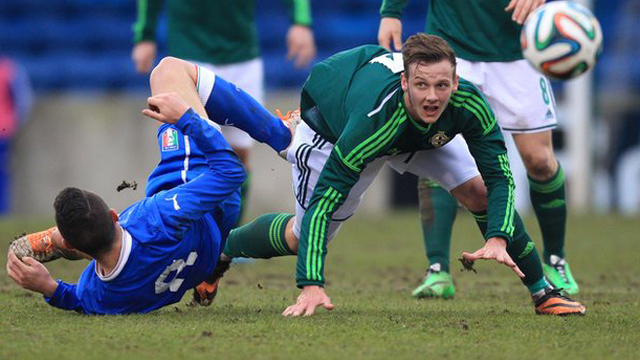 Derry City manager Peter Hutton has announced the signing of former Linfield midfielder Seanan Clucas until the end of July with an option of extending his stay at the Brandywell after that time.

Dungannon born Clucas, 22, signed for the Candystripes immediately following his trial appearance against Crusaders at Seaview.

Seanan’s former clubs include Preston North End and Bristol Rovers where he played with former Candystripe Mark McChrystal. He has also played at International level for N.Ireland at U21 Level.

Tonight Mark Timlin opened the scoring with a cracking free kick in the 19th minute.

Patrick McEleney doubled the lead with a stunning strike just after the break.

But a Shane McEleney and a Stephen O’Flynn penalty for the hosts levelled matters.