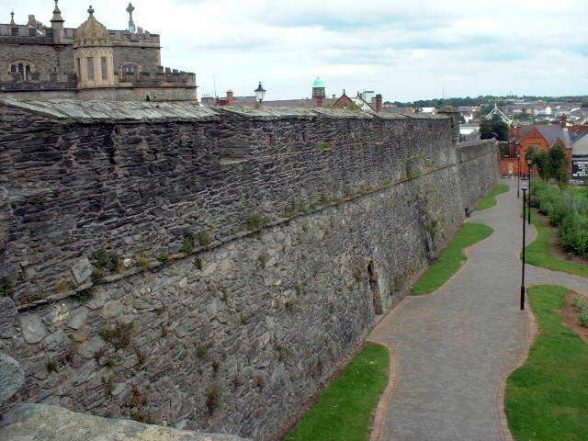 Police at Strand Road are appealing for information about graffiti that has been daubed on Derry’s city walls.

It’s the latest incident of an attack on the ancient monument – and comes on the day of the funeral of Martin McCrossan who worked tirelessly to promote the walled city to thousands of tourists.

Sergeant Cathal Pearce, of the City Centre Neighbourhood Policing Team, said: “The graffiti was daubed on the walls overlooking the Bogside between 2am and 6am today.”

Information can be given on the police non-emergency number, 101, or by calling the Crimestoppers Charity anonymously on 0800 555 111.

Among the slogans painted on the walls were “End internment now”.

There has already been a great deal of anger expressed locally.

“You have to wonder about the number of brain cells at work there this morning,” said one Bogside resident.

“I have every sympathy for prisoners; they should be treated with respect but this won’t change anyone’s mind one way or another.”

Ratepayers will now have to pick up the tab for cleaning it.