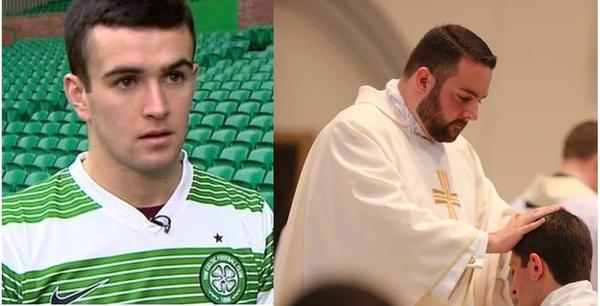 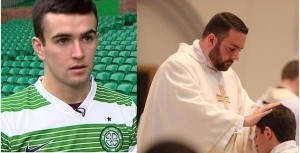 A New York based priest has admitted he was taken by surprise when his Twitter account was inundated with messages of support congratulating him on signing for Celtic FC.

Fr Michael Duffy, who is a parish priest in New York received hundreds of messages of support on his Twitter feed wishing him all the best on his recent move to Celtic FC.

However, the messages were meant for former Derry City striker Michael Duffy who penned a dream contract with Celtic on Monday night.

New York priest Fr. Michael Duffy was left perplexed at the messages of goodwill on his Twitter account.

He told BBC Radio Foyle, “I started getting all these messages of support from people in Ireland.

“They were congratulating me on signing for Celtic FC, I must admit it’s the first time I ever was mistaken for a professional athlete.

“It was a joy to see someone that shares the same name as me and my father doing so well and advancing his career.

“It makes me proud, to see somebody that shares the same as me doing so well and advancing his career.

Fr. Duffy admitted he’d never heard of Celtic FC or Derry City FC but said he’d keep a close eye on them now because of Duffy’s move to the Scottish champions.

“We have international priests from Africa and South America and they love soccer and I watch soccer with them sometimes.

“But now I know I have a namesake at a massive footballing institution, I’m going to make more of an effort to watch Celtic FC.

NEW YORK BASED PRIEST LEFT CONFUSED AFTER TWITTER USERS CONGRATULATE HIM ON SIGNING FOR CELTIC FC was last modified: February 6th, 2015 by stephen