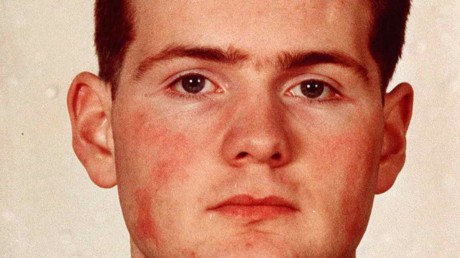 A firm of solicitors says it has initiated a Legal challenge against the North’s Prison Service.

Ciaran Shiels, of Madden & Finucane, says it follows a prison management decision not to allow him access to his client Republican Prisoner Christy O’Kane from Derry and also against the denial of medical treatment to Mr O’Kane.

Mr O’Kane is currently charged with a large amount of mortar attacks alleged to have taken place over a two-year period from 1992 to 1994 along with IRA membership.

He is also charged with assisting those who killed RUC constable Michael Ferguson in Derry in 1993.

Charges of Directing Terrorism have already been dismissed against his client at Belfast Crown Court.

Mr Shiels said today: ““We confirm that we have forwarded urgent correspondence to the Prison Governor and NI Prison Service.

“Our client has longstanding complex medical needs and he was refused access to his lawyers yesterday on Monday morning.

“He was one of a number of prisoners who were assaulted by riot staff on Sunday 1st February within Roe House.

“We have received telephone communication from him yesterday that he has made six separate requests to be examined by a doctor between Sunday evening and yesterday morning but that none of these requests were facilitated.

“He also requested to see his psychiatrist as he felt his mental health was being affected by the on-going issues in Roe House.

“Again, this request was not facilitated. He has not received any of his prescribed medication.

“In relation to having a legal consultation with Mr O’Kane, we were advised to contact the Prison booking office on a daily basis to ascertain what the daily position would be as regards our client’s access to legal representation.

“We are in effect being told that the rights of prisoners in Roe 3&4 to legal representation has been suspended until further notice. This is totally unacceptable.

“We have given the Prison authorities until 4 pm today in order to confirm Mr O’Kane access to his solicitor and to receive medical treatment to include the photographing of any injuries received by him.

“Failure to do so, we will challenge their decision by way of Judicial Review proceedings in the High Court.”