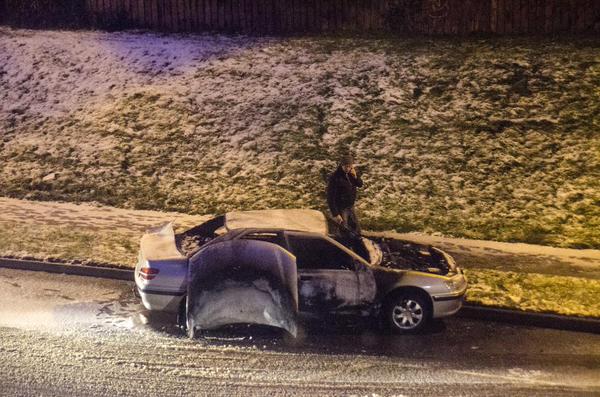 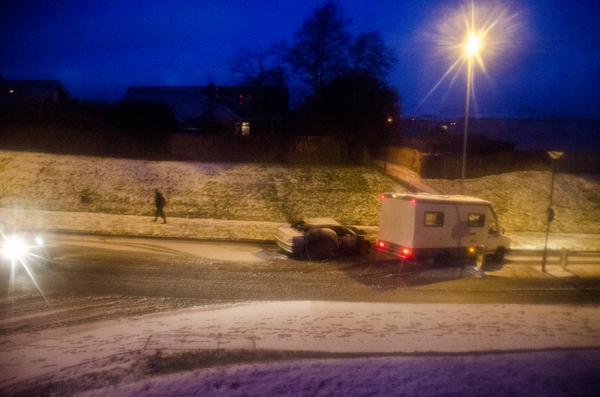 THE PSNI is investigating a number of incidents in the early hours involving so-called ‘joyriders’ in Derry.

There were several reports of hoods driving dangerously and at speed through several parts of the city overnight, terrorising local communities – and other motorists.

A car used in the incidents was later abandoned and burnt out on the Foyle Springs road.

Motorists had to slow down and drive past the vehicle.

Earlier this week we reported increasing anger among residents of the Bogside and Creggan over ‘school run’ death drivers speeding through residential areas.

“It is only a matter of time before these hoods kill someone,” said one resident today.

The PSNI is investigating the latest incident which will put up your car insurance premiums this year.

Below – a pedestrian walks past the car this morning.

ANGER AS DEATH DRIVERS LEAVE BURNT-OUT CAR ON ROAD AFTER NIGHT OF TERROR was last modified: January 29th, 2015 by John