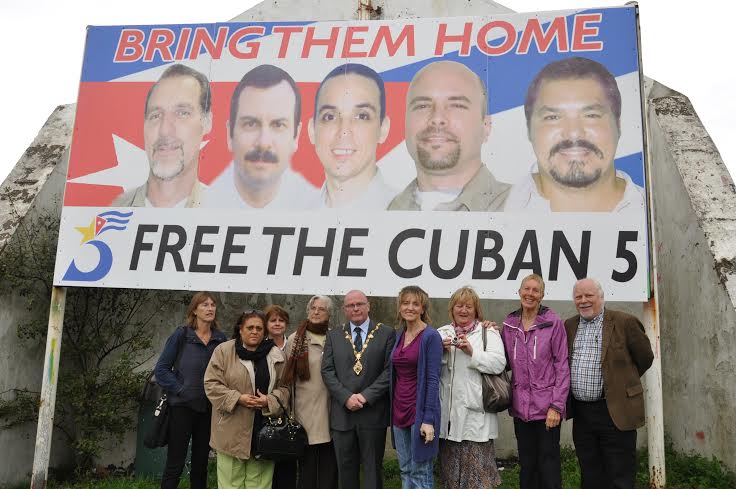 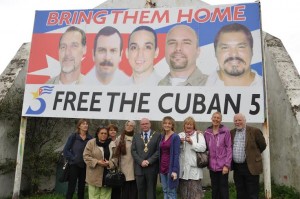 Sinn Féin Councillor Kevin Campbell has welcomed the historic announcement of a thaw in Cuban-US relations which includes the release of the three remaining members of the Cuban Five and Alan Gross, a US citizen detained in Cuba.

Councillor Campbell told Derry Daily: “I warmly welcome the reports that the USA and Cuba will start talks on normalising full diplomatic and economic relations.

“It was extremely encouraging to hear that the US will release the three remaining members of the Cuban Five who were unjustly imprisoned for attempting to stop right wing militants from bombing and directly attacking Cuba.

“During my time as the Mayor of Derry I had the pleasure of welcoming relatives and the campaign group calling for the release of the Cuba Five .

“Ógra Shinn Féin have also been very active in Derry in raising the profile of the campaign and thousands of people from this city signed a petition calling for the men’s release. All of these campaigns across the world have had the cumulative effect of putting pressure on the American administration.

“I hope they enjoy the Christmas holidays with their family and loved ones.

“I hope these collective prisoners release will help build confidence on both sides and create a positive inclusive backdrop for these new talks.

“This marks a historic shift in US-Cuban relations and I hope, with many others, that this will lead to a new approach towards agreement which will improve bilateral relations.”

“The US blockade of Cuba was unjust, counterproductive, and should be lifted. I hope these new talks will lead to a new beginning, and end a historic conflict that has impacted so negatively on the ordinary Cuban people.

“I agree with US President Obama and the Cuban President Rául Castro that changes are the right thing to do.”

HOW DERRY PLAYED ITS PART IN THE THAW IN USA-CUBA RELATIONS was last modified: December 18th, 2014 by John