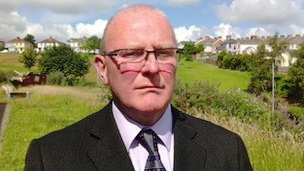 Sinn Féin Councillor Kevin Campbell has welcomed the announcement that Irish language speakers will now be able to use Google’s email services as Gaeilge.

He told Derry Daily: “This move by Google in making its email services available in the Irish language is to be welcomed.

“It is another step forward for the Irish language community, not just in Ireland but across the world, and is evidence of the continued growth and popularity of Irish.

“The fact that a major global company like Google with more than 435 million users worldwide has recognised the rights of Irish language speakers shows the international status of the language.

“Sadly, that has not been reflected closer to home where we have seen repeated attacks on Irish and Irish speakers.

“Hopefully other companies will follow the example of Google and provide more services through Irish.”