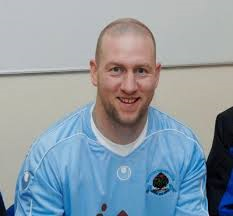 INSTITUTE TRAVEL TO CHAMPIONS CLIFTONVILLE HOPING TO GET ELUSIVE WIN

Paul Kee takes his Institute side to the home of the champions Cliftonville FC later this afternoon hoping they can get their first win in seven.

Stephen O’Flynn has agreed to join Crusaders in January.

Institute have recorded back-to-back draws against Crusaders and Glenavon in games in which they should have won.

Aaron Walsh missed a penalty right at the death which would’ve have earned Institute all three points.

Last week despite leading 1-0 with five minutes to go at Mourneview and with Glenavon down to ten men Institute conceded a late equaliser.

However, performances have been positive and with Cliftonville suffering a surprise defeat to Coleraine last week Institute will be confident of getting a result.

Paul Kee will have to plan without top marksman Stephen O’Flynn who has signed a pre-contract with Crusaders.

O’Flynn could still play for Institute until January but Paul Kee has decided to give the other strikers in his squad the opportunity to shine.

It’s likely to be an unchanged team that faced Glenavon last week, with the only change being McVeigh coming for O’Flynn.

Kick-off at Solitude is at 3pm.