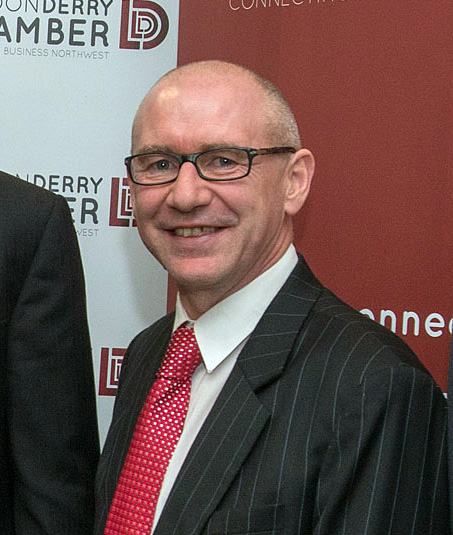 Derry Chamber of Commerce has strongly refuted comments by Deputy First Minister Martin McGuinness that high rents were deterring inward investors from locating to the city.

Chamber president Gerry Kindlon said the reason why inward investors were reluctant to locate in Derry was because of the city’s “historically weak” economic infrastructure.

He added: “We do not have sufficient numbers of people with the skills required by many of the investors – and we have a weak transport infrastructure.

“Thousands of jobs could be created in the city if the Executive resolves these issues by expanding the university and build the necessary new roads. Direct rule ministers and the Executive have failed to provide this city with the infrastructure needed to improve the economy.

“Several existing large employers would willingly expand their businesses if there was a stronger base of skills locally. Those employers are loyal and committed to the area.

“In addition, we have a very young population – at a time when Europe is calling out for a bigger workforce to meet the looming demographic challenge of the ageing baby-boomer generation. And Derry offers a very high quality of life, together with a low cost of living.

“It would be helpful if there was much more focus on these positive factors.

“The issue of commercial rents is of little relevance in this context as a factor in investment decisions. It is not an issue that has been raised with the Chamber of Commerce, other than by the Deputy First Minister.”

Mr Kindlon concluded: “If there was more demand for accommodation, the market would respond by providing more accommodation and at the right price.”