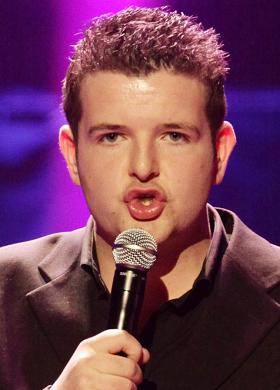 Three shows to be staged in Derry next year by top comic Kevin Bridges sold out within hours of tickets going on sale, Derry Daily can reveal.

Tickets, priced £26 for the 17, 18 and 19 July shows at the Millennium Forum, went on sale on Friday morning last, but sold out within a few hours – with record numbers applying online.

A spokeswoman for the Forum said: “All three shows for the Kevin Bridges gigs have now completely sold out in within a few hours of going on sale.

“The demand for tickets was huge and our Box Office team were inundated with requests for bookings.

“It’s not surprising, as Kevin is one of the most popular comedians on the circuit at the minute and he has previously enjoyed sell-out gigs at our venue.”

The spokeswoman said “many more big acts” will be announced for the Forum “in the near future.”

She added: “I would encourage customers to consider joining our Priority Plus Club which will guarantee priority booking for all upcoming shows in advance of general release.”

For more information on how to join Priority, contact the Forum Box Office team on 71 264455.”

Learn to play the harp through Apex...

Derry Halloween: It’ll be all fright on...