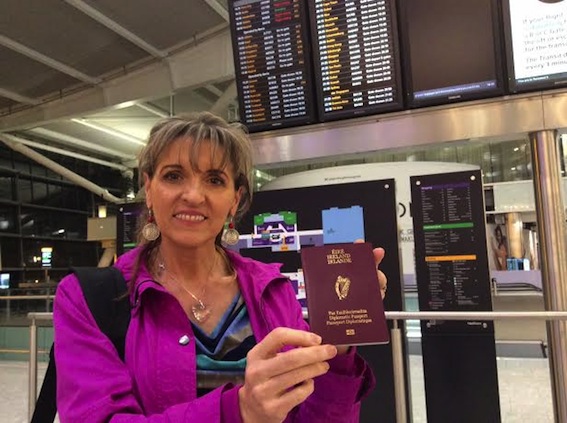 Sinn Féin MEP Martina Anderson has become the first MEP from the North to hold an Irish diplomatic passport.

She said the newly-acquired travel document would help  her represent the community at the European Parliament.

She said as an Irish republican she was proud to hold an Irish passport and as a public representative had applied for a diplomatic passport to assist her in her work as an MEP.

She added: “In my role as a Sinn Féin MEP I have to travel on a regular basis to represent all of my constituents at the European Parliament.

“In particular, as chair of the European Parliament’s Delegation to the Palestinian Legislative Council, I have to travel to Palestine and Israel.

“Having an Irish diplomatic passport will make that travelling process easier by cutting down the length of time I spend going through airport security checks on a weekly basis.

“This will give me more time to devote to the job I have been elected to do, representing each and every person in the North and at the European Parliament.”