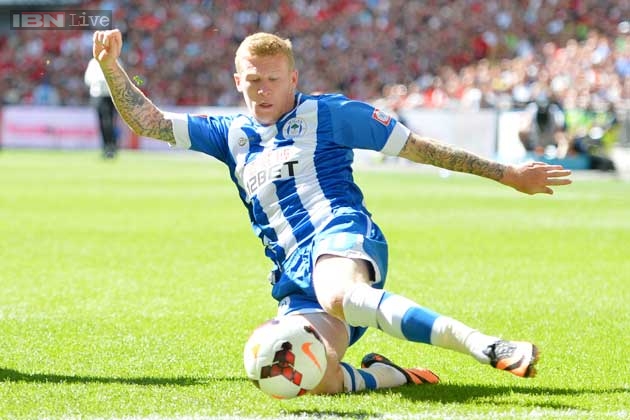 Mr Ramsey was speaking after the Derry born footballer was criticised for not wearing the emblem during Wigan Athletic’s SkyBet Championship defeat to Bolton Wanderers on Friday night despite explaining his reasons in open letter published on the club’s official website.

Speaking in support of the former the 25-year-old Republic of Ireland international, from Derry’s Creggan area, Mr Ramsey said it was wrong for anyone to dictate to any individual how they should pay their respects to the war dead.

Mr Ramsey added: “For some it can be a public display, for others it’s an extremely private act. It is not for me or anyone else to judge. We must all show respect for the rights and views of others. That’s what those who gave their lives fought for.

“The aggressive and sustained attack that James McClean has been subjected to is disgraceful. He has explained his reasons for not wearing a poppy, many of which will resonate strongly with the people of Derry.

“Rather than attack his character or make vile threats and slurs against him, we should all respect James’ decision and support the tribute he has paid to those who died in both world wars.”

Mr Ramsey concluded: “I support his decision, just as I would have supported his decision had he chosen to wear a poppy. Respect for all political traditions is the basis of lasting peace in the North. That should be the approach of everyone to acts of remembrance.”