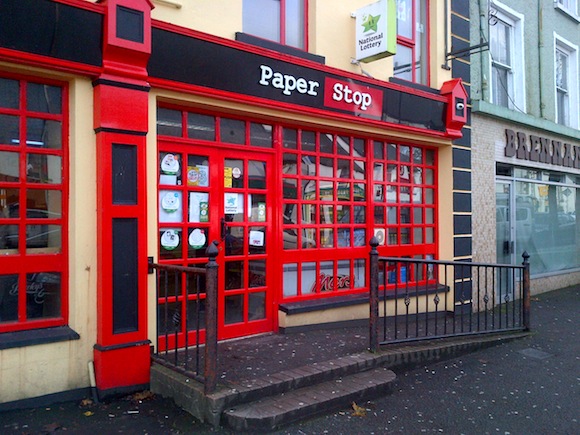 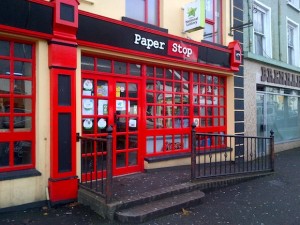 The Paper Stop shop in Glenties which was one of a number of places raided.

The on-the-run prisoner who escaped from police custody in Derry yesterday was part of a gang which raided homes and business premises in the Glenties and Dungloe areas of Co Donegal, Derry Daily can reveal.

The hunt for the 40-year-old continues.

Police say he is not a risk to members of the public.

The 40-year-old, one of three arrested in Derry in connection with the break-ins, escaped from police custody yesterday after being taken to Altnagelvin Hospital after saying he had felt unwell.

The two others arrested, one of them a woman, remain in police custody.

At least ten homes and business premises were targeted in the burglaries.