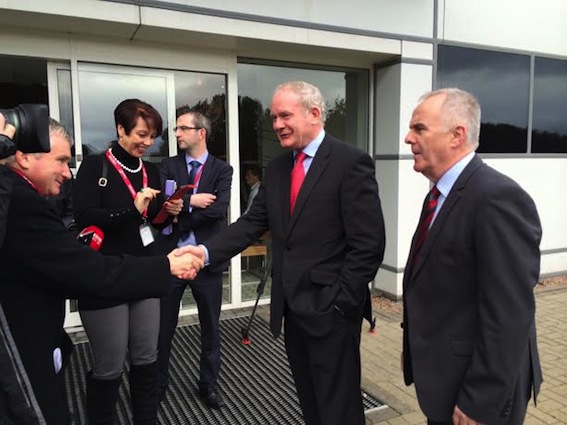 The announcement by Seagate Technology that it is to create 35 new jobs in a £34.7 million investment at its plant in Derry has been welcomed by local Sinn Féin economy spokesperson Geároid Ó hEára.

Mr Ó hEára, Sinn Fein’s candidate in next May’s Westminster election, said the high-end jobs, which will pay an average salary of £35,000, was the boost Derry needed to help boost its economy.

Mr Ó hEára added: “These high-end jobs are what Derry needs to help boost our economy.

“This is a significant commitment to the city by a major market leading global firm.

“Seagate is one of the largest employers in the city and the fact that they have chosen to make this significant investment of almost £35million in their future in Derry is a hugely positive development which recognises the high quality of employee available in the North West.

“I met with the global president of Seagate, Dave Mosely, last week in advance of this announcement at the Chamber of Commerce annual dinner and we discussed the need for further investment in the city.

“Attracting investment from international companies, as well as encouraging our own small and medium sized enterprises and fostering a spirit of entrepreneurship, is crucial to growing and developing our economy n Derry.”

Mr Ó hEára concluded: “This is a very encouraging jobs boost and hopefully there will be many more positive announcements in the future.”