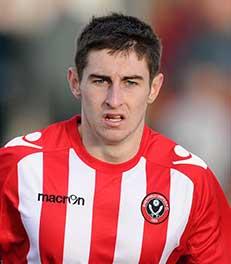 DOUBLE BOOST FOR DERRY AHEAD OF FAI CUP FINAL

Derry City manager, Peter Hutton, has been given a double boost ahead of the Candystripes’ FAI Cup Final clash with St Patrick’s Athletic on Sunday week.

Central defender, Aaron Barry, has been cleared to play after sustaining “a slight tear” to his cartilage.

Meanwhile, in-form striker Michael Duffy has signed an extension to his current contract at Brandywell.

The 20-year-old has scored 16 goals this season, including a first senior hat-trick at UCD in July.

Only Rory Patterson, top goalscorer in the Airtricity Premier Division last season, has scored more than the young forward.

He also found the back of the net against Aberystwyth and Shakhtyor Soligorsk in the Europa League and his strike clinched victory against Shamrock Rovers in the Cup semi-final replay at the Brandywell.

DOUBLE BOOST FOR DERRY AHEAD OF FAI CUP FINAL was last modified: October 22nd, 2014 by stephen