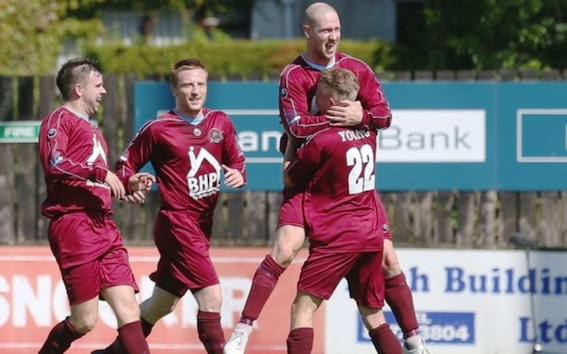 Institute slumped to their third consecutive league defeat when beaten 3-1 by Linfield in their Danske Bank Premiership clash at  Windsor Park tonight.

After a 15 minute delay due to a floodlight failure, Paul Kee’s side made the worse possible start, going behind after only 85 seconds, Chris Hegarty getting his head to an Aaron Burns cross.

Burns almost doubled the lead when he latched on to a  Waterworth cross from the right in the fifth minute.

The visitors continue to live dangerously, Institute keeper Eugene Ferry getting a touch to a Niall Quinn free-kick in the 16th minute before getting the better of a “one on one” with Michael Carville only for Sproule to scuff the follow up.

Institute should have been back on level terms seven minutes after the re-start, but McBride headed wide with the goal at his mercy.

The Blues tightened their grip on the game in the 63rd minute through Stephen Lowry whose fierce drive past Ferry was initially ruled out by the referee but reinstated after consultation with his assistant.

Ferry prevented a fourth Linfield goal when he brilliantly stopped a Millar shot in the 85th minute and got his feet to Clarke effort five minutes later.