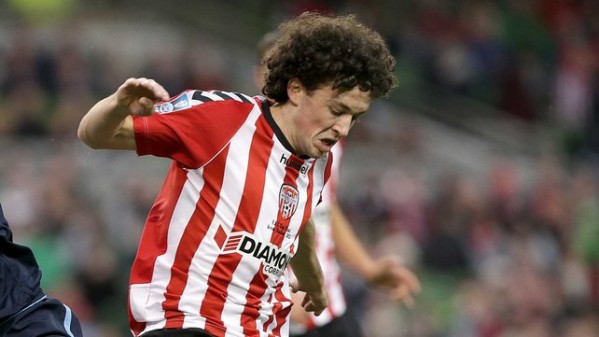 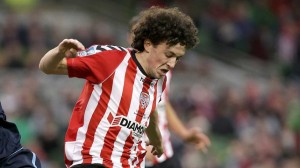 Poor defending cost Derry a shared of the spoils against Limerick City in their Airtricity Premier Division clash at Brandywell tonight.

The FAI Cup finalists appeared to be heading for a draw when a poor clearance in the 9oth by Mark Timlin resulted in the visitors snatching a last gasp winner.

Sean Houston should have put FAI Cup fianlists City ahead in the 22nd minute, but he shot wide when played clean through by Philip Lowry.

Half-time substitute Darragh Rainsford announced his arrival in the 47th minute with a good run into the Derry penalty box but put his shot wide of the target.

Limerick took the lead in the 59th minute when Rory Gaffney’s shot was saved by Ciaran Gallagher but Shane Duggan followed up to fire home the rebound.

However, the lead only last four minutes when Barry McNamee head home the equaliser from a Stephen Dooley cross.

Ciaran Gallagher kept City on level terms when he saved brilliantly from Ian Turner in the 66th minute before Gaffney should have put the visitors ahead but blasted over the bar from three yards.

The game was heading for a draw when Timlin’s poor clearance fell to Gaffney who had the easiest of tasks of finding the back of the next.