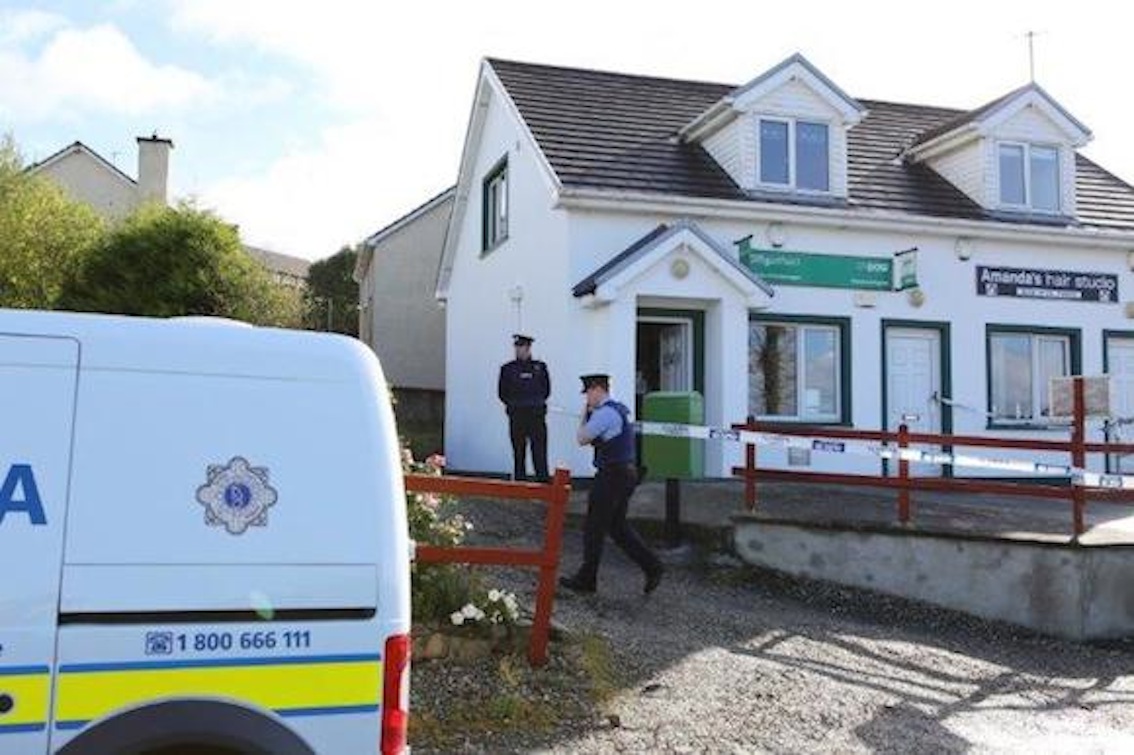 Gardai at the scene of the armed robbery of Manor post office.

Three men  have been arrested by Gardai following the hijacking of a vehicle in the Nixon’s Corner area of Derry this morning.

Shortly after 9.50am, it was reported  a postal van driving in the area was hijacked by three males who entered the vehicle and made off across the border into Donegal.

It is believed that the three males and the vehicle were involved in an armed robbery in Manorcunningham.

PSNI Inspector Sam Shearer said as the result of a subsequent PSNI/AGS operation, the three males were arrested a short time later in and around the border area near to the Creggan Reservoir.

Inspt Shearer added: “All three males are currently assisting police enquiries with our colleagues in An Garda Siochana.

“Enquiries are continuing and police would appeal to anyone with any information to contact police on the non-emergency number 101.

“Or if someone would prefer to provide information without giving their details, they can contact the independent charity Crimestoppers and speak to them anonymously on 0800 555 111.”

Gardai deployed a stinger device after eagle-eyed neighbours alerted them to the robbery just after 10.00am.

The men, who were believed to be armed, demanded cash from terrified staff.

However, while the gang were inside the premises, alert locals contacted Gardai while the postmistress also triggered her personal alarm.

Officers then swamped the area with patrol cars and other back-up.

A pursuit took place and Gardai placed along the border used a “stinger” device to disable the van which eventually crashed into a ditch at Killea close to the Derry border.

Inspector Pat O’Donnell said the arrest of the three men came at the end of what was a “very successful operation.”

He added: “It helped that we had earlier been alerted to a postal van being stolen in Derry and we had officers along the border.

“When the robbery was carried out, we had members in place who were able to apprehend the suspects” he said.

The three suspects were arrested with two taken to Letterkenny Garda station and the third to Buncrana where they are being questioned.

A quantity of Euro currency was also recovered at the scene.

The post office has been robbed on a number of previous occasions.

A Garda spokesman said “This was the community and Gardai working together at their best.”

The successful operation is being put down to local vigilance and fast-moving Garda responses.