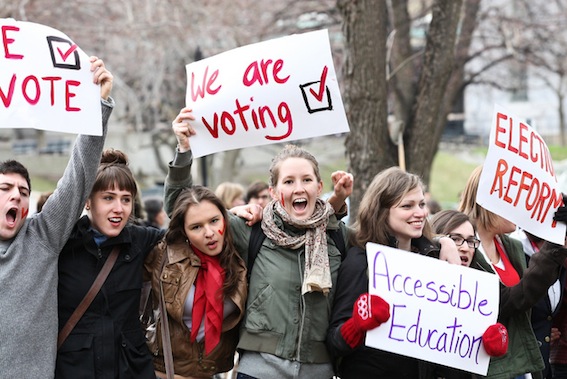 The involvement of 16 and 17 year olds in the Scottish Referendum has shown that the voting age should be lowered, Derry Sinn Fein Cllr Colly Kelly has said.

Cllr Kelly said in last week’s referendum, Scotland had shown that young were people were “eager” to participate in the democratic process.

He added: “It is important that the voices of young people are heard and lowering the age to sixteen would be an important step in allowing more people to participate in the democratic process.

“In other countries, such as Austria, where younger people have the vote the indications are that they are more likely than other age groups to vote.”

Cllr Kelly concluded: “It is now time that young people were given the right and responsibility to vote.”