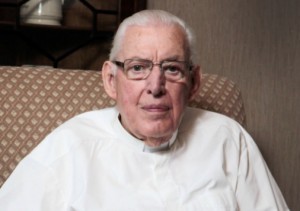 The former Democratic Unionist Party leader and founder of the Free Presbyterian Church died this morning, aged 88. He had been ill for some time,.

In a statement his wife, Eileen, said her “beloved husband” had “entered his eternal rest.”

“Although ours is the grand hope of reunion, naturally as a family we are heartbroken.

“We loved him and he adored us, and our earthly lives are forever changed.”

Mrs Paisley said his funeral would be private.

“Over a number of decades we were political opponents and held very different views on many, many issues but the one thing we were absolutely united on was the principle that our people were better able to govern themselves than any British government.

“I want to pay tribute to and comment on the work he did in the latter days of his political life in building agreement and leading unionism into a new accommodation with republicans and nationalists.

“In the brief period that we worked together in the Office of the First and Deputy First Minister I developed a close working relationship with him which developed into a friendship, which despite our many differences lasted beyond his term in office.”

He concluded: “I want to send my sincere sympathy to his wife, Eileen, his children and extended family.”