A 21-year-old Derry man, descibred as a “foot soldier” for dissident republicans, has been jailed for five years for possession of guns and explosives.

Nathan Hastings was caught with a pipe bomb, a pistol, ammunition and two modified blank-firing handguns when police searched one of two cars stopped on Northland Road last year.

The driver of the second car, a 54-year-old local man, was also arrested but later released unconditionally. 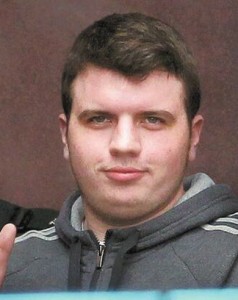 Hastings, a telecommunications worker from Stradowen Drive in Strathfoyle, was due to go on trial at Belfast Crown Court earlier this year charged with possession of firearms, imitation firearms, ammunition and explosives.

However, before the hearing got underway, he pleaded guilty after asking for the charges to be put to him again.

At Belfast Crown Court today, a prosecuting lawyer described the father-of-one as a “foot soldier” for dissident republicans.

The court was told a Citroen car stopped at 9.30am on 12 April was found to be “untidy” but nothing terrorist-related was found.

The same Citroen, with Hastings driving, was stopped that evening  on the Northland Road when the pipe bomb, firearms and ammunition were found inside a bag in the car.

The court was told that all the weapons were test fired and found to be in working order.

A defence barrister told the court that Hastings “was not acting under duress or coercion,” adding he “accepts that he did this voluntarily.”

The court was told that police do not believe the guns and explosives were for immediate use but were in the process of being “transported across the border for safe keeping.”

The judge said that although Hastings’ DNA had not been found on the weapons and explosives, it was clear, that “he had been trusted by other people of influence” to transport the cache.

Describing the offences as “serious” the judge added that “many innocent people, including police officers” had suffered as a result of dissident republican pipe bomb devices.

Hastings he would spend five years in custody and a further five on supervised licence.