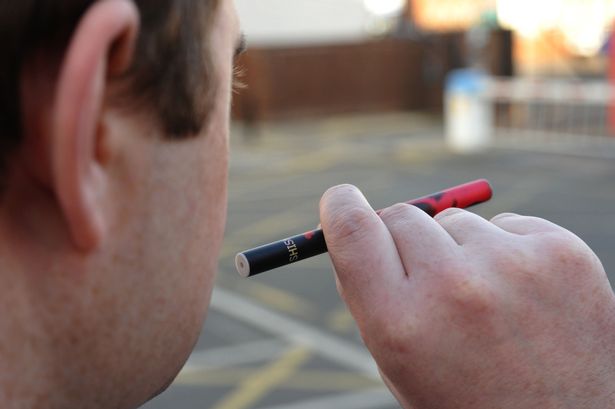 Consultation on a Bill containing provisions aimed at restricting the age of sale of nicotine-containing products (NCPs), including electronic cigarettes, has been launched by Health Minister Edwin Poots.

The provisions on e-cigarettes form part of a wider consultation on a Draft Bill which also contains proposals for amending the Health (Miscellaneous Provisions) (NI) Act 2008.

Stressing the popularity of e-cigarettes had grown rapidly in recent years, Mr Poots said while they were likely to be less harmful than tobacco products, e-cigarettes were currently unregulated and, as such, “we cannot confidently state that they are safe to use.”

At present, there are no legal restrictions on the age of sale for e-cigarettes.

Mr Poots said: “Given that the nicotine levels and additional chemical components can vary from product to product, I believe that they should be age restricted in line with alcohol and tobacco products and should not be available for sale to children and young people.” Since the introduction of smoke-free legislation here, the popularity of electronic cigarettes has increased significantly, with recent reports indicating that there are around two million users of e-cigarettes Britain.

Mr Poots said while it appeared that the use of e-cigarettes by “never-smokers” was very low, there were concerns they could act as a “gateway into smoking” by young people.

He added: “I want to ensure that our children and young people are protected from potential nicotine addiction and from subsequently taking up tobacco smoking. I believe that prohibiting the sale of e-cigarettes to under eighteens will help to achieve this.”

Mr Poots concluded: “I therefore welcome views from all stakeholders and would encourage anyone with an interest to provide my Department with their comments.”

The consultation is available on the DHSSPS website at http://www.dhsspsni.gov.uk/showconsultations?txtid=73241 and will last until 21 November next.