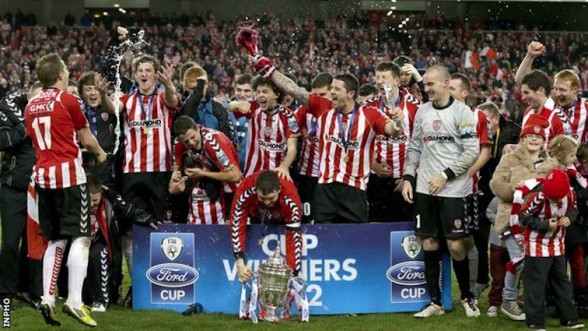 FAI CUP: DERRY DRAWN AWAY TO DROGEHDA IN QUARTER-FINALS 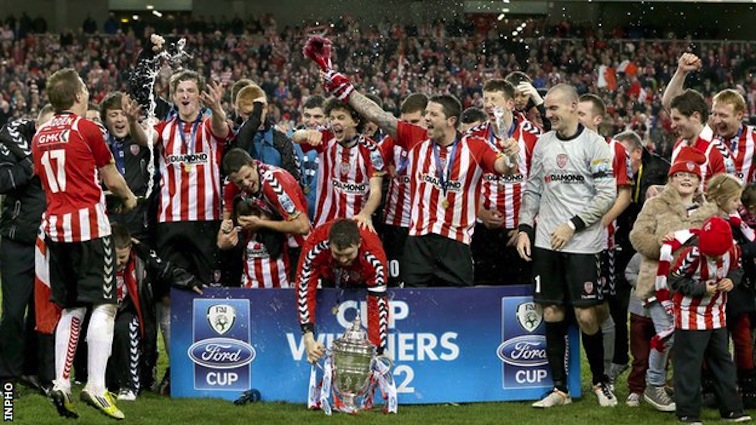 Derry City will face a tough trip to Drogheda United in the quarter-finals of the FAI Ford Cup following this evening’s draw at FAI headquarters.

The honours are even between the sides this season, who have met three times in the league – a 1-1 at United Park in March being followed by 2-0 success for the Candystripes at Brandywell in May.

In the most recent clash eight days ago, Drogheda emerged 1-0 winners over a much-changed Derry side.

With City no longer in contention for league honours, the FAI Cup  – which they last won in 2012 – remains the club’s only hope of silverware this season.

Derry’s North West neighbours Finn Harps have been drawn away to either Avondale or St Michael’s.

In the other games Shamrock Rovers will entertain Dundalk in the tie of the round while Shelbourne or St Patrick’s Athletic will be at home to Bohemians.

The ties will be played the week ending 14 September.

FAI CUP: DERRY DRAWN AWAY TO DROGEHDA IN QUARTER-FINALS was last modified: August 26th, 2014 by stephen