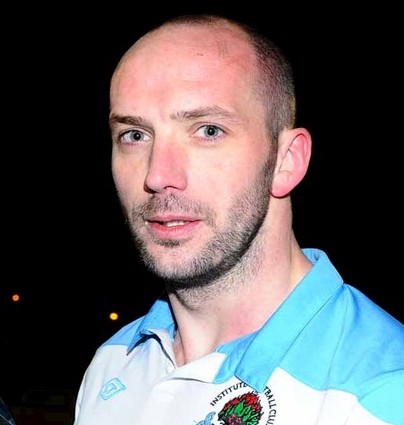 Paddy McLaughlin fired home a late equaliser to earn Institute a deserved draw  against Linfield in their Danske Bank Premiership clash at Drumahoe.

The visitors took a deserved lead shortly before the half-hour through Stephen Lowry.

First, keeper Tuffey reacted brilliantly to keep the sides level and he could only look as a Curry effort hit a post shortly afterwards.

The Drumahoe men finally got the goal they deserved in the 86th minute, McLaughlin heading home a Cormac Burke free kick after Tuffey misread the cross.