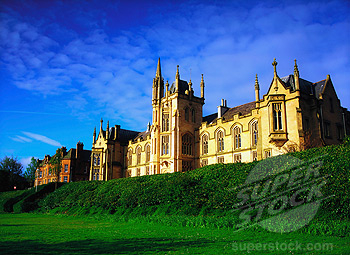 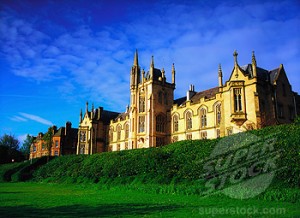 SDLP Foyle MP Mark Durkan has written to the Minister for Employment and Learning Dr Stephen Farry registering the “profound misgivings” felt in Derry over his comments on Magee expansion.

Mr Durkan sent the correspondence ahead of a meeting due to take place today between the Minister and University of Ulster chiefs over the decision to take the expansion of the Magee campus “off the table.”

“I want to try to register with you just how profoundly the misgivings about your comments on Magee expansion are felt (in Derry).

“If you can appreciate the upset and resentment attached to the controversy you should be able to work with us to address and allay genuine worries.

I am not alone in the view that it was neither warranted nor worthy to unilaterally specify that Magee’s expansion would be off the table in the context of questioning the effect of parties’ concern about welfare reform.

“Both issues, welfare reform and the compelling case for university expansion, are hugely important for people in Derry and our economic and social well-being.

“It is simply not acceptable for a Minister to rhetorically pronounce one issue to be hostage of the other.

“It would be quite disingenuous to suggest that Magee’s expansion, in accordance with the One Plan, was about to proceed only for the budgetary impact by the Treasury in response to the Assembly delay on welfare reform. Given the hurdles to date and the course to be navigated, are we really to believe that Magee’s overdue and significant expansion would be a given outcome of Assembly passage of the Welfare Reform Bill? 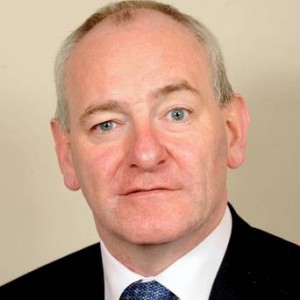 “In my view, the Executive and the Assembly should be united in objecting to the Treasury’s bullying budget device of imposing a fine on the block grant.

“Both because it constitutes adverse precedent for the devolved institutions and it ignores and confounds valid concerns about serious social and economic consequences.

“Such concerns are acute in Derry due to high rates of unemployment, housing need and high rates of economic inactivity, including due to long term conditions and disability.

“Related benefits and entitlements will be curtailed under welfare reform and not just in one wave of cuts.

Principled concern for the financial position and social wellbeing of many households and the impact on the regional economy cannot simply be eclipsed by the ephemeral budget pressures for departments stemming from the Treasury tactic.

“Informed concerns not only relate to the current welfare reform package but also to the fact that significant adverse changes can be made in future without recourse to primary legislation, which would be imposed under parity reinforced by the precedent of the current device.

“Those concerns are compounded by the implications of the “welfare cap” and the further limitations it could place on the future administration of benefits here.

In these circumstances it is neither fair nor reasonable to try to downplay the valid anxiety about such implications.

“It is shabby, in my view, to contrive a penalty for holding such concerns by targeting the compelling strategic economic case for growing the University of Ulster in Derry. ‘Take the welfare cuts or Magee gets it’ is not a message to win hearts and minds.

“You may be entitled to differ from other parties on the weight of our concerns about the import of welfare reform.

“You are not entitled to reduce an agreed and credible process for a business case to your Department to a trophy casualty for such concerns. 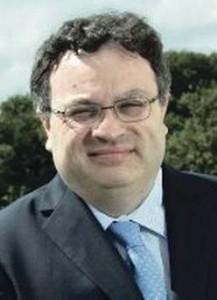 “Your readiness to make Magee’s expansion an apparent hostage of your difference with other parties has not only unnerved but offended many.

“Many of us have acknowledged your efforts on student fees and university finances. Notwithstanding our preference for the full complement of a thousand places we have appreciated your commitment to increased numbers in the current cycle.

“We have been clear about wanting to work with you to ensure Magee’s growth as the optimum way to deliver and share the benefits of university expansion for the region.

“While we have feared departmental scepticism about this, we have not previously apprehended ministerial cynicism.

“In our united civic lobby around the One Plan’s objective there have been no partisan contentions in our engagement with yourself and the Department.

“The partisan undertone to your citing of the prospects for Magee has therefore caused added dismay.

“I will not rehearse here the many other relevant questions about your communication with the university on this stance, your engagement with your department, ministerial colleagues or the locus of the Executive.

“The focus has to be on the substantive concerns rather than process commentary.

“Instead I ask you to resolve the serious confidence issues which your interview has generated.

“You need to allay the anxieties which now abound. I note that in response to my question on radio you seemed to clarify that you were not negating any of the commitments on numbers and funding in the current budget cycle.

“There is also the question of what priority and effort you will attach to the case for funding out of monitoring rounds for the new teaching block at Magee which already has planning permission. However, we need more than reassurance on that point.

“In particular, we need to know that the business case to be produced will be treated with purpose and urgency by you and your department, rather than just put on a shelf as you said.

“The university, the broad-based civic consensus in Derry and the wider democratic interest will need to know that a Minister will not approach such a strategically grounded issue of regional importance with circumstantial prejudice, indifference or tactical hostility related to other factors.

“The united civic interest in Derry wants to work with you as Minister to maximise the commitment needed from the Executive to achieve the objectives of the One Plan.

“This city has a proven capacity for effective partnership overcoming difficulties and differences.

“That spirit extends to the constructive engagement we wish to have with you in your important role in pursuit of this important goal for the city and the region.”