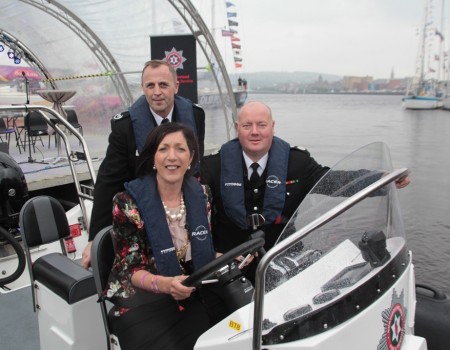 Pictured at the Boat Naming Ceremony which took place on 25 June on the River Foyle are (back) Western Area Commander Trevor Ferguson, the Mayor of Derry Cllr Brenda Stevenson and Chief Fire Officer Chris Kerr. T

The powerboat will be used by specially trained firefighters at Crescent Link Fire Station in the Waterside and by NIFRS Specialist Rescue Team to rescue people trapped or likely to become trapped by flood water and to protect them from serious harm.